It is with great sadness that we had to cancel this year’s Poetry Festival, and were unable to hold our awards ceremony.  Whether or not we can do something at a later date is an unknown at the moment, but we are delighted to announce our competition results.  Well done to all our winners and commended poets.

Teignmouth Poetry Festival is delighted to announce that the following poems have been shortlisted for our 2020 Poetry Competitions.

Winners will be announced at our awards ceremony on Saturday 21st March
at Pavilions Teignmouth, when shortlisted poets are invited to read their poems.
The event starts at 6.30pm and entry is free.
Before this event Hannah Lowe will be giving a reading at 4.00pm – Tickets for Hannah Lowe and other festival events can be purchased through www.poetryteignmouth.com/festival-2020 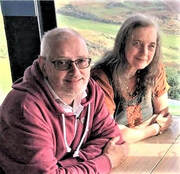