Competition Results
​
We are delighted to announce the winners and commended poems for this year’s poetry competition.  It has been a bumper year for entries, well done to everyone.
​
COMPETITION ANNOUNCEMENT - Results 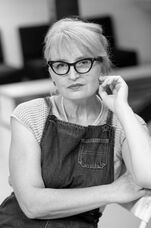 JUDGE -  OPEN COMPETITION -  HELEN IVORY
Helen Ivory is a poet and visual artist. Her fifth Bloodaxe collection is The Anatomical Venus (May 2019). It was shortlisted for the East Anglian Book Awards, and won the 2019 EDP, East Anglian Writers ‘By the Cover Award.’ She edits the webzine Ink Sweat and Tears and is a tutor for UEA/NCW online creative writing. Fool’s World, a collaborative Tarot with Tom de Freston (Gatehouse Press) won the 2016 Saboteur Best Collaborative Work award.  A book of mixed media poems Hear What the Moon Told Me is out from KFS and a chapbook Maps of the Abandoned City appeared from SurVision Press in 2019.  As part of Versopolis 2020, she has a chapbook of poems translated into Polish and also one in Ukrainian. 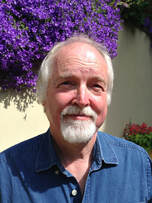 Alasdair Paterson’s most recent collections are Elsewhere Or Thereabouts (Shearsman Books 2014), My Life As A Mad King (Oystercatcher 2016) and Silent Years (Flarestack Poets 2017). Born in Edinburgh, he began writing poetry in Liverpool in the 1970s and won an Eric Gregory Award in 1975, later taking a 20 year sabbatical from poetry before starting to write again after retiring from university life. He lives in Exeter, where he organizes and presents the monthly Uncut Poets reading series.
​​