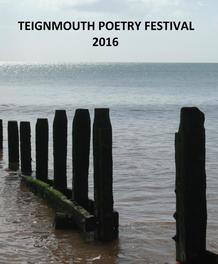 We are delighted to announce the list of prizewinners in our Keats’ Footsteps competition, which was restricted to entries from postcodes TQ14 and EX7. 1st, 2nd and 3rd placed poems are published in full. Click here for full text of poems.

Judge’s Report: Jennie Osborne
“Judging the local poems was no easy task – we have a wealth of talent in Teignmouth and Dawlish. There were poems that moved me, poems that made me laugh, closely observed poems describing places I know and love – and I could only choose three!
Poets who made my shortlist and merit an honourable mention are, in alphabetical order,
Andy Brown, Robin Buchanan, Vincent Canning, Anne Gwynn, Christina Siviter.
The three I came down to in the end, that stayed with me over the weeks, are all very different, and in their own ways, ambitious.”