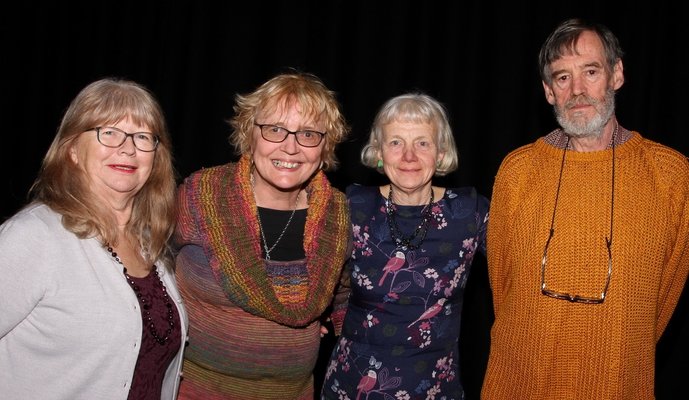 He imagines it constantly, he tells me.
Almost feels the heat itself scorching his skin.
I should have been there with ‘em, he says.
In his dreams he is there, in the caravan.
Sometimes burning with them, sometimes
miraculously unscathed, lifting them to safety.
Especially the bairns, all five of them.
Cousins mainly.  Except one,
his little sister.

But he wasn’t.  He wasn’t there.
Didn’t burn with them, or save them.
He didn’t go to the funeral.  Too far to go
and some Home Office bureaucracy got in the way.
He watched it on a screen in his cell.
They let me in to watch it with him, box of tissues
on the table.  He didn’t need them at first.
Twelve coffins, all of them carried down the aisle
by Pikeys. Men with shoulders like buses.
His face implacable, frozen, keeping it in.
Until they carried the little ‘uns.  Five small coffins,
each one as white as driven snow
like a soul untouched.

He cried then
and told me later where he’d been that night.
In a house in Golders Green.  With another cousin.
Us Pikeys have a lot of cousins, he said.
Can almost spare a few.  It wasn’t funny.
That was the night they caught him, he said.
The room was dark, moonlight through the window.
His hands in a drawer of women’s underwear
whilst his family were burning.  Pure silk, he told me,
and scented.

My arms are raised,
wool looped around my hands.
A foghorn on the Mersey blows
across Alastair Cook on the radio.

Granny’s face shines in the light
from the mica windows in the stove,
her ball of wool growing
as I move my hands
to a gentle rhythm
attuned to her winding.
Occasionally, I falter as I tire
and there is a “Tssh!” from her.

My son stands on a stepladder
holding aloft a picture
while I sit, directing operations.
“Left an inch, up a bit, back a bit,
slightly down to the right.”
He becomes impatient as he tires.
“OK. That’s it. Mark it there.”

Finally, from her last portrait, my mum
looks down approvingly
at my granddaughter
perched on my knee,
teaching her woollen lion
how to pounce safely
on an irritable cat.