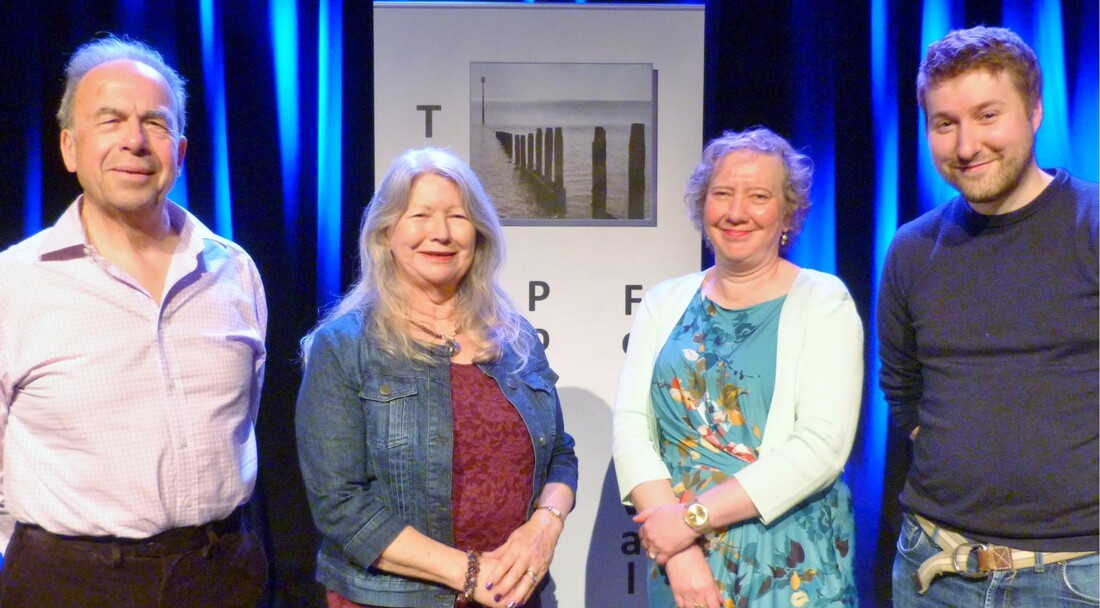 Five years ago, I walked the eighty blocks
from Dan’s apartment in the West Village
all the way to the Met and found myself
staring at The Penitent Magdalen

alone for half the day. Nobody paints
skulls like they used to. There was no irony:
a candle-pale memento in her lap
held like a baby in her tenderness.

But it was the mirror that struck me.
Its flame burnt out of keeping with the first,
as if two candles lit her solitude.
One candle for knowledge, another for soul.

That evening was a bar two blocks away
where we drank screwdrivers until sparrows
sang at the Highline and Manhattan stirred
down at Zucotti Park, where history

crawled out of its sleeping bag and stretched.
Skyscrapers loomed either side of churches
that once dominated fields and houses.
Walking through cities, we see others’ lives

happening to them, even if they can’t.
Art has a little power for waking
but the rest is down to us. Is this prayer?
To be humbled in a white room where hope

has been given shape? Hope for redemption,
for the passion to imitate at first.
And for the courage to make forgeries
then let such grace as we find turn them true.

For him there is no need to sew the winding-sheet, prepare cotton sucked,
stuffed into every crevice:  redundant stitches will soon unscript his fingers
sloughed of skin, already on the precipice.

He has learnt the bloodless tuition of the streets as he hauls the cart up
silent alleys,  his skin and bone, his stoop and bow, his sunken cheeks
match the corpse he carries.

Under cloak’s dark pulse his thin spike drags the load past blighted eyes;
the grinning of night’s dead awaits the slap of muck, the begging sod,
roughly dug and ravening.

For him this trade is harder with his wheezing  as he turns the handle of
the box made so efficient to drop the dead, like stones, to fall in bitter
blades rank with gibber’s rattle. For them this is sufficient.

[In the famine in Ireland in the 1840’s over a million people starved to
death. With so many deaths, shrouds could not be sewn quickly
enough.The use of loose-bottomed boxes made the burials more efficient.]

In a valley on the hillside is a spring
where the bitterest water breaks free.
At the first light of dawn every day
the young woman begins the long climb
till she sits at the source of her woes.
There are days the sun shines where she sits,
but that’s rare, and most often the trees
have no leaves, just the mist. No birds sing,
the only flower the pale yellow wormwood.
Every day she climbs up to the spring
dragging with her a marvellous bowl;
then she sits at the spring, tries to stop
its small flow with her sip after sip –
but the flow and her sips never stop.
On the days when it rains she can rest
at a hut by the stream. It is old
and the roof now leaks freely. No-one knows
who constructed the hut – no-one cares,
no-one comes there but her; there’s no door,
she must pull back the creepers. She puts
her great bowl catching drips; if she shuts
both her eyes for a moment, the bowl
will be empty again. She climbs on,
listens hard to the mist; will her man
ever show himself here? She forgets
why he went, the direction he took.
But he promised. She remembers his words.
Once again at the top there’s no sun;
she stoops, dips the bowl in the spring,
tries to drink, but her heart is too full,
like the bowl.

I was delighted and excited by the quality and variety of the poems in the local competition. I can honestly say I enjoyed reading every one of them and want to congratulate all who entered. The winners stood out for their lyricism, clarity of expression and brilliant handling of subject matter.

Before I announce the three prizewinners I would like to make a special mention of the poem ‘Breathing’ by Martin Wildman which is. I found this poem quite extraordinary in its originality and breadth of imagination.

Third Prize: ‘Pain like a river’ by Edward Aldous

This poem uses a mythic approach in order to describe the overwhelming grief of separation from a loved one. It’s beautifully crafted rhythmic lines draw the reader in, the river as a metaphor for pain is highly effective, a pain which cannot be easily alleviated, which returns and resists like the strange bitter spring in a valley on a hillside.

Second Prize: The Shroud Maker Has a Change of Occupation

This stunning poem about the Great Famine in Ireland describes an aspect of that terrible tragedy with superb effect by concentrating on a probably not very well-known use of loose-bottomed boxes to bury the dead, as there were so many bodies. The shroud maker can longer sell his shrouds as no one can afford such a luxury, so he takes up this new awful occupation. The language of this poem is expertly achieved, evoking the era so authentically, the drama and outrage of the treatment of these starving people is achieved without sentimentality.

The poem I chose for first prize is one of great lyrical delicacy and artistry. The city of New York, a place I know very well indeed, is captured superbly – ‘Manhattan … where history crawled out of its sleeping bag and stretched’. The connection between art and what it can and cannot do for us is expressed with tremendous expertise. This is a craftsperson who has a mastery of technique.