'Poetry should strike the reader as a wording of his own highest thoughts and appear almost a remembrance’.
​
John Keats

After the 2015 Festival we received dozens of mails and texts from happy audience members and participants.

For a wonderful (and unsolicited) write-up, read the blog of poet and novelist Rebecca Gethin: https://rebeccagethin.wordpress.com/

And a few more comments…

What I appreciated most about the festival as a whole was the welcoming atmosphere created
and the obvious energy and love of poetry which was driving it (as well as all your work!)…

Thanks to all you guys for putting it on. Seemed to go very smoothly. And thanks for your kind remarks and the chance to participate. I didn’t get the opportunity to thank Penelope, as we always seemed to be at opposite ends of crowds, but I’m very grateful for her selecting my poem.
Can’t wait for next year…

Just a quick thank you from me for such a wonderful prize-giving event. Thank you for organising it - it was wonderful to meet the other shortlisted poets and hear Penelope read….

Just thought you'd like to know we were delighted with Friday at your festival. It was a warm and friendly occasion and the events we attended were fascinating. We enjoyed the conversation between two poets, but must applaud most of all the originality of the programme of using poetry as applied therapy, and the events devoted to Rumi, Hafez, Kabir, et al. It is just great to know what you are doing for the Muse a bit further along the coast than Torbay. We'd have liked to have attended the whole festival, but circumstances did not allow. Please pass on our admiration to the rest of the Gang. Warmest Wishes…

POETRY FESTIVAL’S SMOOTH RUN
A willing band of volunteers made sure the Teignmouth Poetry Festival 2015 went without a hitch. Thirteen official events over four days kept organisers and guest performers busy, and the town hosted Festival visitors from many parts of the country.

Asked to mention a highlight, Ian Royce Chamberlain, one of the founders, said it was impossible to pick out one event. “Mimi Khalvati captivated people with her gentle presence, Penelope Shuttle’s warm intelligence shone through, and local favourite Matt Harvey was on brilliant form.” People had loved the slightly ‘alternative’ approach, he said - like Sam Richards and Lona Kosik’s poetry to improvised music, and the Festival’s Friday focus on the more spiritual aspects of poetry. “You might think the work of a 13th Century Persian writer would have limited interest in Teignmouth, but Duncan Mackintosh’s tribute to Rumi was packed – not a seat left empty.”

Main venue, the Teign Heritage Centre, attracted praise from audiences and poets alike. Fringe events were spread over two whole weeks and based at the TAAG gallery in Northumberland Place, where the Festival’s opening party celebrated an exhibition of artwork inspired by poetry, and displays of poetry which responded to visual images. Music came from mandolin virtuoso Marc Woodward and singer/guitarist Andy Brown, both of whom are also well known as accomplished poets.

All three writing workshops were led by respected tutors and sold out weeks in advance. Devon poet and novelist Rebecca Gethin found Penelope Shuttle’s workshop challenging but fun: “Penny’s subject was ‘Streets’, which inspired much discussion and lots of great poems,” she reported. “There were many reunions going on too - in the café and bar I was glad to see friends I had previously only met online.”

The Festival even included a session where local linguists read poetry in 12 different languages, and a presentation by Trinity School students of poems from workshops led by Graham Burchell and Ronnie Aaronson, two of the organisers.

One middle-aged visitor from Bristol summed up his enjoyment: “Most of us last studied poetry at school. This has opened it all up – the Teignmouth Poetry Festival is a first class experience.“ 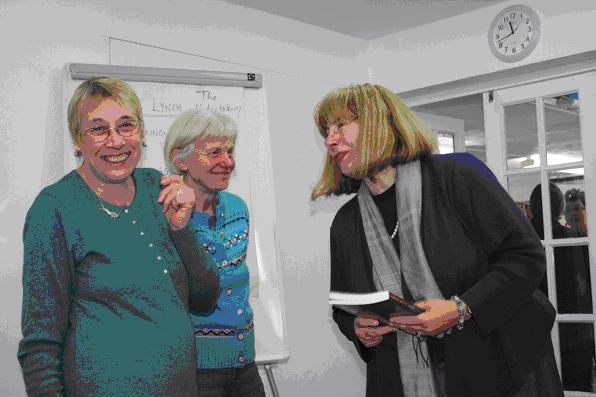 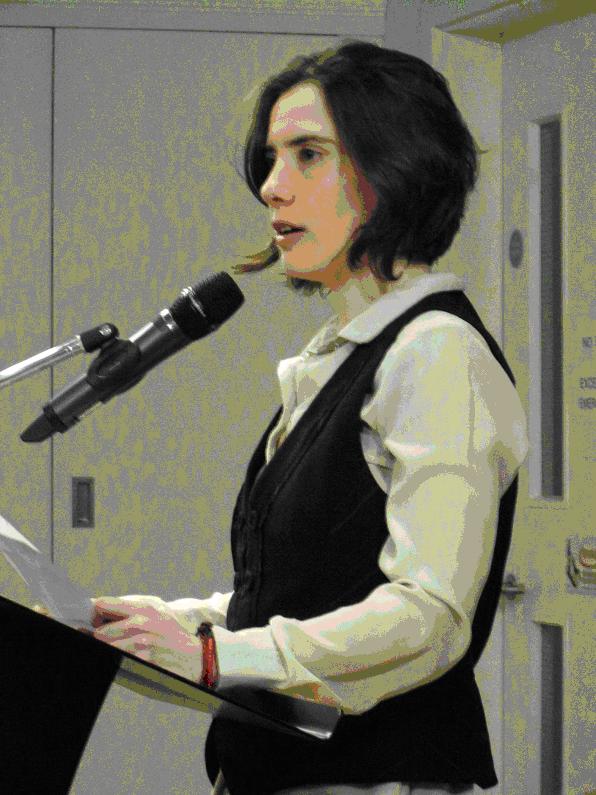 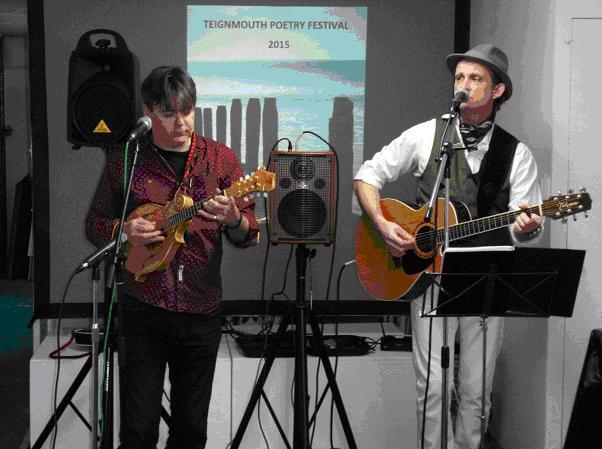 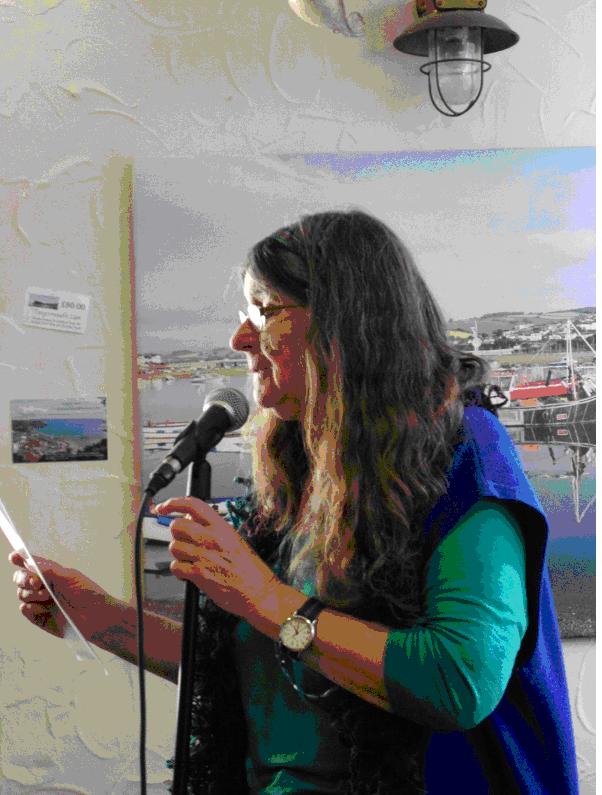